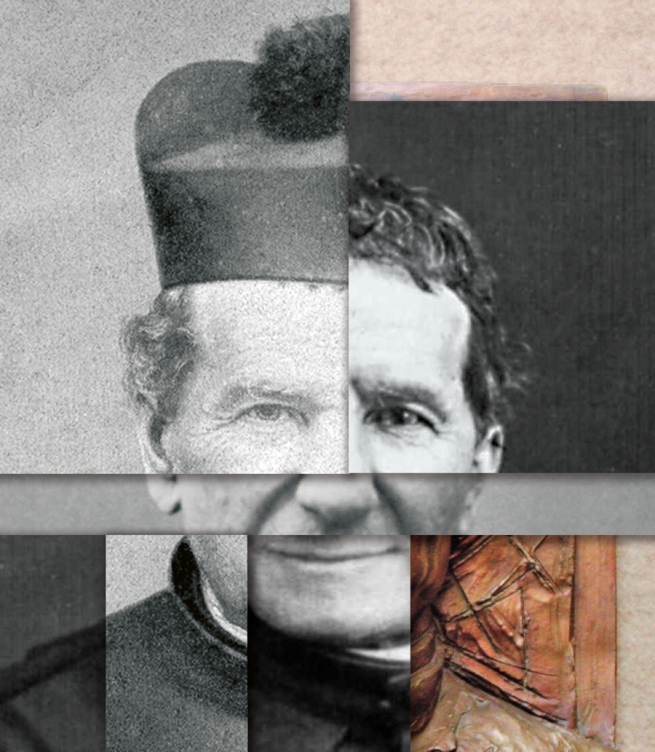 St Giovanni Bosco was the first saint in history to be photographed.
There are 42 photographs of Don Bosco; as historical figures, only Garibaldi and Italy's King Vittorio Emanuele II have more.
Don Bosco's photos range from 1861 to 1888, the date of his death.
In the first photos of 1861 he was ill and they were taken to keep a memory of him in case he died.

Among the most famous photographs are:

- the photo of 1880, made by the photographer M. Schemboche and chosen as the official image of the beatification and canonization;
- the one in Nice in 1885, taken on the occasion of the 10th anniversary of the work;
- the photo in Sampierdarena on 16 March 1886, commissioned by the Marquis Spínola;
- the picture in Martì-Codolar, Barcelona, on 3 May 1886, with Don Bosco smiling surrounded by collaborators and young people.