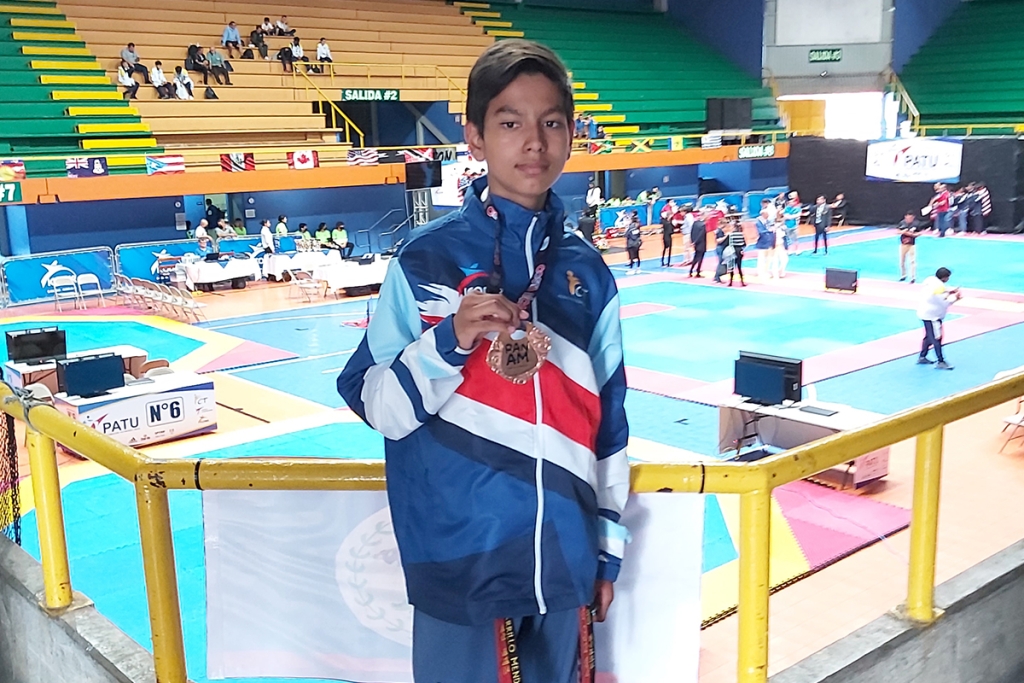 Costa Rica - July 2022 - Student Fabian Carillo is in his eighth year at the "Centro de Educación Salesiana Don Bosco" (CEDES Don Bosco), and has the distinction of being a 3-year member of the National Team in Taekwondo, a Korean martial art. In international competitions, he has participated in meets in the United States, Panama, and Nicaragua, and has won several gold medals. The most recent event he participated in was the "Latin American Taekwondo PANAM," which was held in Costa Rica and where he won a bronze medal, thus taking first place in his category at the Costa Rican level and third place at the Latin American level. His father, Alejandro Carillo, says that Fabian handles his role as an athlete very well and that as a student he gets very good grades. His next competition will be in August in Nicaragua and he is already training. Fabián practices Taekwondo after classes at school, trains 6 days a week, 2 hours a day, and hopes to soon have the opportunity to compete in a Taekwondo World Cup.