Panama - The "Valdocco of America": a center that irradiates the devotion to Don Bosco to all the young people of the continent 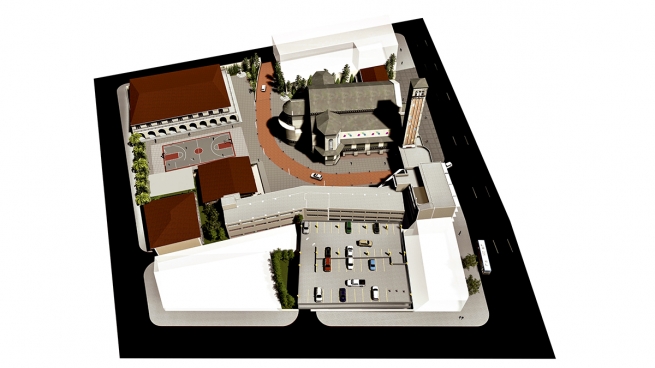 (ANS - Panama City) - The Salesian Province of Central America presented the project "Panama, Valdocco of America", which aims to make the country a center of devotion to Don Bosco throughout Latin America.

The project will have its base in the Basilica of Don Bosco, located in the popular district of Calidonia, Panama City. In addition to promoting religious tourism, it aims to strengthen the integral education of young people, especially those in difficulty and at risk.

The project started in 2017 and continues until 2021. For the 2019 World Youth Day, to take place in Panama, the Don Bosco Basilica will become the reference point for young people from around the globe and the event shall be without doubt the best opportunity to launch the project throughout the Americas and worldwide.

The Salesians of Central America, under the guidance of the Provincial, Fr José Ángel Prado, are now busy developing this project.

Meanwhile, the Basilica of Don Bosco and the Don Bosco Technical Institute have united to strengthen the Salesian presence regarding education, formation and ministry.

Specifically, the Basilica has initiated a restructuring process to promote assistance programs for young people who are poor and at risk. To this end, technical training workshops and a leisure center will be built in the basilica.

Valdocco is the original place of Don Bosco's work. Located in what was the outskirts of Turin, Valdocco was where the Saint of Youth gathered his children and helped them build a better life: poor and abandoned young people who found in Don Bosco a father and a friend, young people emigrating from the farms and countryside to the city in search of work ... Don Bosco offered them a helping hand, bread, work and paradise. He had a basilica dedicated to Mary Help of Christians built and he used to say that "She did everything". From that house, Salesianity irradiated to the entire world.

The Rector Major, Fr Ángel Fernández Artime, visited Panama City in 2016. From the affection and devotion of the Panamanians to Don Bosco, he found inspiration to launch the project to transform Panama's Basilica of Don Bosco into the "Valdocco of America": a center that irradiates the devotion to Don Bosco to all the young people of the continent.