RMG - Mexico is ready to welcome the Rector Major again 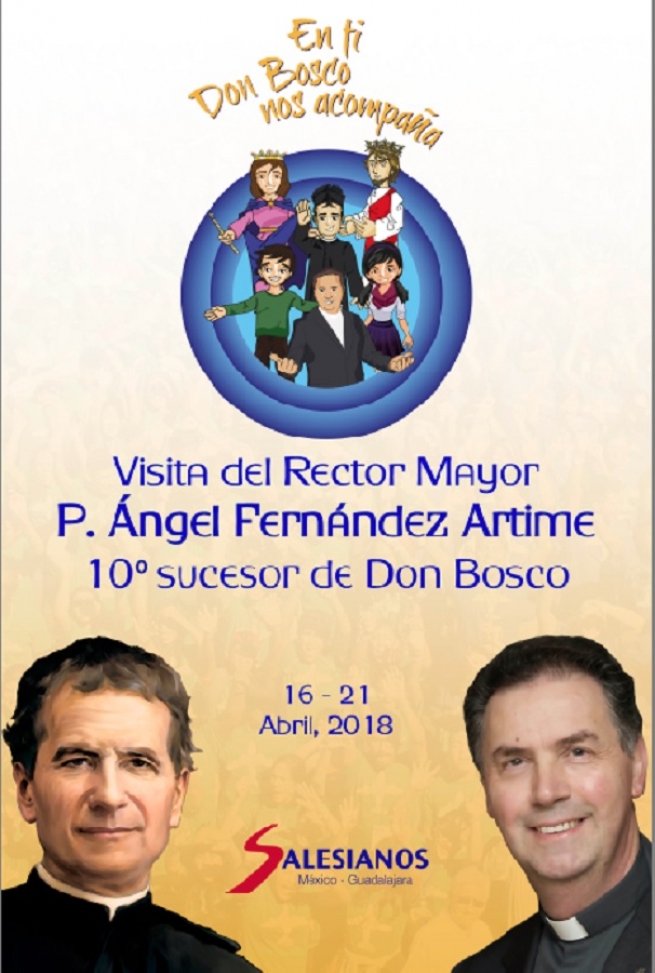 (ANS - Guadalajara) – A popular old Mexican saying states "there is no deadline that is not respected." And the Salesian Family of the Mexico-Guadalajara Province (MEG) is happy to see that this is indeed the case: today, 16 April, the waiting ends because the Rector Major, Fr Ángel Fernández Artime, returns to Mexico to meet his confreres and all those who share the charism of Don Bosco and carry out its mission.

Almost a year ago, in fact, early May 2017, the 10th Successor of Don Bosco visited the country, and specifically the Mexico-México Province, which covers the southern part of the country. Now he returns accompanied by his Secretary, Fr Horacio López, by Fr Filiberto González, General Councilor for Social Communication, originally from that Province, and by Fr Timothy Ploch, Councilor for Interamerica Region, but this time he will be visiting the MEG Province, which covers the western and northern areas of Mexico, of a powerful Catholic and Salesian tradition.

Fr Á.F. Artime sets foot on Mexican soil in the capital of the state of Jalisco, Guadalajara, this evening, Monday 16. For him, an intensive week begins: for starters, the Rector Major will dedicate two days to meeting with the Provincial Council, first, and then with the Salesians of the Province, after which he will visit various Salesian centers and houses.

On Thursday 19 there will be a meeting with the MEG Salesian Family, hosted in the National Shrine of "St John Bosco", located in the city of León, State of Guanajuato, where he will celebrate Mass for them. In the afternoon he will meet the young people of the Salesian Youth Movement in Ciudad del Niño, a center that is part of the "Niños Don Bosco" Project.

The next day he will reach Tijuana, a city on the United States border, where he will dialogue with the young people of the Salesian centers in that part of the country, with an appointment at the "Don Bosco" oratory.

On Saturday 21, again in Tijuana, he will visit the Salesian Refectory "Padre Chava", which offers hospitality, food and other services every day to about a thousand migrants and homeless people of all origins, and he will meet the Salesians and the Family Salesians present on the Mexico-United States border strip, mainly of Baja California.

To prepare the meeting with the Successor of Don Bosco, the Social Communication team promoted several initiatives, including a video.