Italy - "The City of Don Bosco" 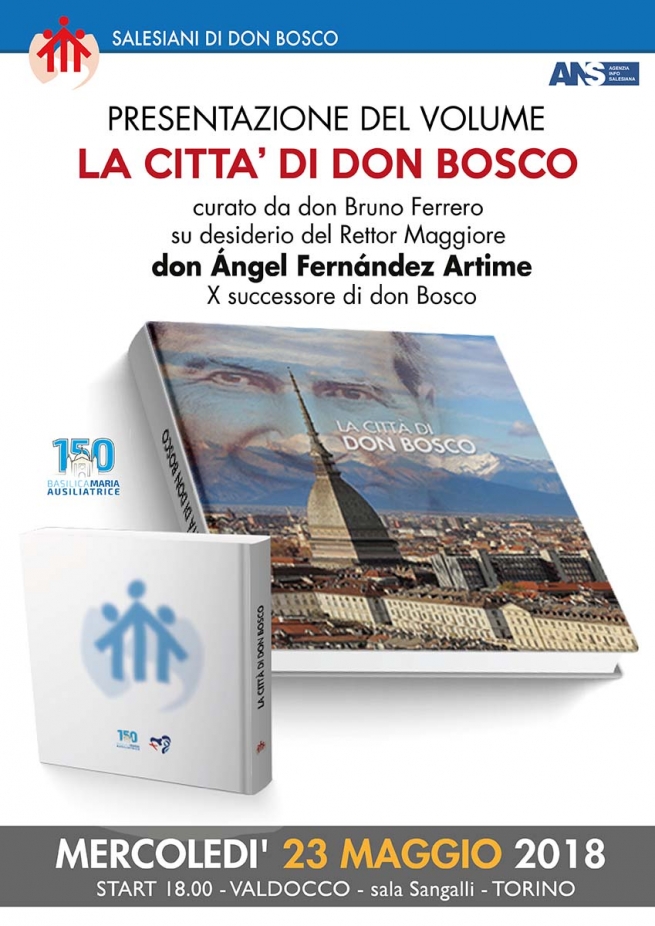 (ANS - Rome) - The Rector Major, Fr Ángel Fernández Artime, on the occasion of the celebration of the 150th anniversary of the consecration of the Basilica of Mary Help of Christians, and in light of the XXXIV World Youth Day, to be held in Panama, wanted to produce a publication that offers a look at the city much loved by Don Bosco.

"The City of Don Bosco" is a book divided into three parts. The first offers an overview of the main sites encountered by Don Bosco when he arrived in Turin in his years as a cleric student.

The second part of the book presents Don Bosco in the midst of his mission, the city's especially meaningful sites and his search for and consolidation of the oratory he dreamed of. Some early images highlight his good-natured face, at times tired from work; other photos show Don Bosco in the foreground across the years, the serenity of his face transmitting peace, wisdom, "a man profoundly man, profoundly holy."

An important part of the book is dedicated to the Basilica of Mary Help of Christians, a place that celebrates its 150th anniversary in 2018. For Don Bosco it was the heart of his work and a symbol of love for She who was his Teacher and Guide.

The book's most important part is the section the Rector Major himself wished to be featured as a title: "The City of Don Bosco". Turin was not just a city; it was the place where Don Bosco gave himself to the young. The city where Don Bosco lives today: the heart of young people all over the world.

"The City of Don Bosco" is not a city of mere places, sites, locations; it is a city of the stories, the faces, the names, the lives of many young people of the world awaiting the Salesians.

The book "The City of Don Bosco", edited by Fr Bruno Ferrero, Director of the Italian-language Salesian Bulletin, at the request of Fr Ángel Fernández Artime, Rector Major and X Successor of Don Bosco, will be presented on Wednesday, May 23, at 6.00 pm in the Sangalli Hall in Via Maria Ausiliatrice 32, Valdocco, Turin, before civil and religious authorities and the Rector Major himself.