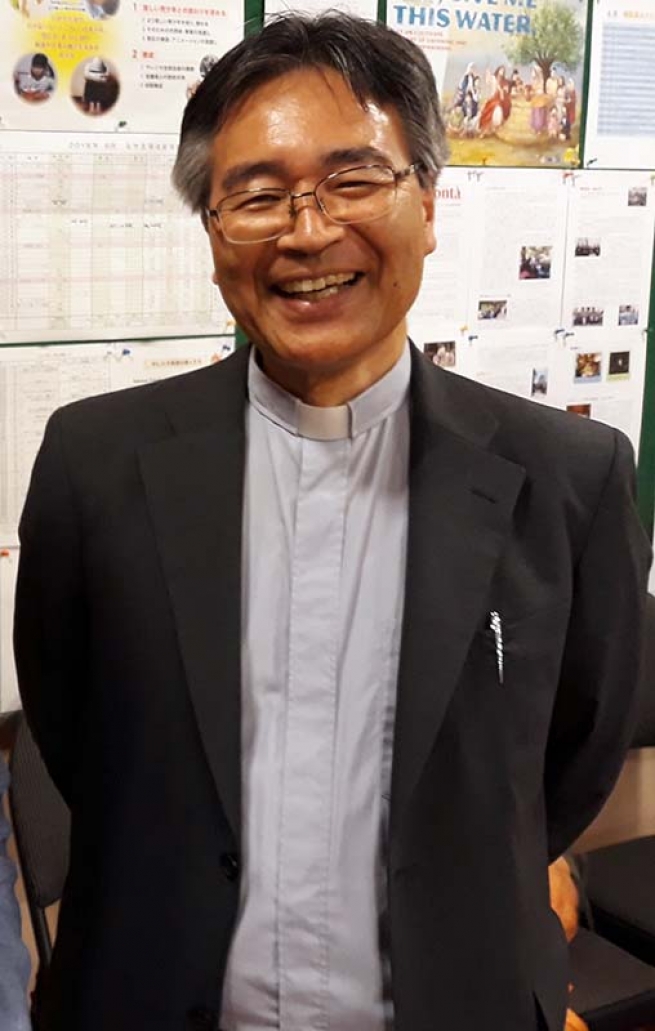 (ANS – Rome) – On 28 June 2018, after the recent consultation for the new Provincial, the Rector Major, Fr Ángel Fernández Artime, with the consent of his Council, appointed Fr Jacob Hideaki Yamagouchi as Japan's 14th Provincial for the period of 6 years (2018-2024), when the Province of St. Francis Xavier is preparing to celebrate the 100th anniversary of Salesian presence in the country.

Then he was assigned to assisting Salesian Bishop Francis Osamu Mizobe in his challenging assignment in the Takamatsu diocese with other Salesians (2005-2009). Since 2010 he has been committed to formation in Chofu (2010-2018). Last 1 April he was assigned as Rector of Meguro community in Tokyo (parish, kindergarten and youth center).

Since 2015 Fr. Hamaguchi has also served as the Vice-provincial and Delegate for Formation, even if since last February Fr. Michael Lap is the Formation Delegate. Since last April 2018, Fr. Hamaguchi has begun his new role as Youth Ministry delegate.

Under the former provincial Fr. Hamaguchi was also a Coordinator of the PROJECT TEAM, an ad hoc commission in charge of the ongoing reshaping process at the provincial level. The main focus is the province's poor young people and to empower the lay mission partners with Salesian formation.

Hamaguchi will succeed as GIA Provincial to the Bishop Elect of Saitama, Fr. Mario Yamanouchi.