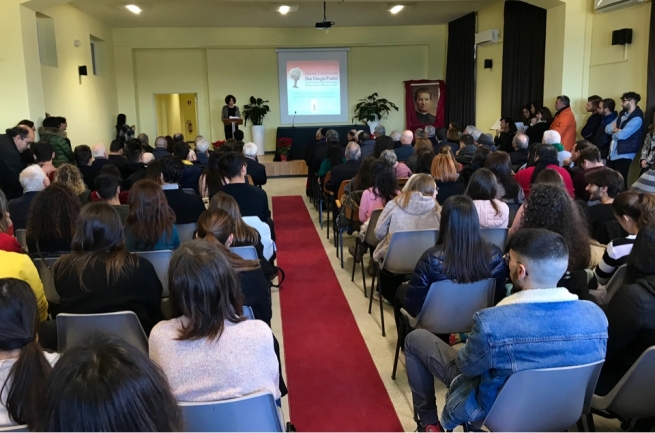 (ANS - Soverato) - The University “Don Giorgio Pratesi” of Soverato, in the province of Catanzaro, Calabria, affiliated to the Faculty of Educational Sciences of the "Pontifical Salesian University" (UPS) of Rome, inaugurated its first Academic Year on Friday 21 December.

Present at the official ceremony were, among others: Fr Angelo Santorsola, Provincial of the Salesian Province of Southern Italy (IME), and the Director of the Institute, Prof. Rosa Fiore. The prolusion was entrusted to the Dean of the Faculty of Educational Sciences, Fr Mario Oscar Llanos, while the Rector Magnifico of the UPS, Fr Mauro Mantovani, solemnly inaugurated the academic year.

"For a long time we have pursued the dream of activating in Calabria a place of formation for education professionals so that, starting too from the long and significant experience of the Salesians in Soverato, it may constitute a driving force for cultural change oriented to the centrality of the person, to the inclusion and the promotion of social justice," explained Prof. Fiore.

The Rector Magnificus of the UPS and the Dean of the FSE, for their part, confirmed the importance of this center, "University of Educators", as a contribution of the Salesian Pontifical University for university formation within a territory that is rich in history, culture and hopes.

The institute "Don Giorgio Pratesi" was born from an intuition of the Centro Reggino di Solidarietà, of the Calabrese Center of Solidarity and of the Istituto Universitario Progetto Uomo of Montefiascone (Viterbo). It is dedicated to the memory of Fr Pratesi (1920-2000) a Salesian priest who was founder of the "Justice and Peace" Commission in the Diocese of Locri-Gerace, and who in a territory marked by the presence of the 'Ndrangheta, knew how to promote comprehensive and integral human formation of the young and of the whole population in favor of the common good. To commemorate him, the University Institute has adopted the olive tree as its symbol.