Panama - The WYD of young indigenous people, before Panama2019 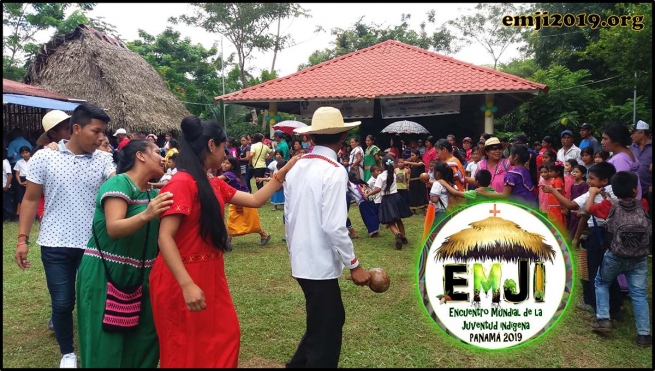 (ANS - Soloy) - An authentic novelty, as part of the World Youth Day: the one represented by the World Meeting of Indigenous Youth, which was also held in Panama, in the village of Soloy, just before the start of the WYD, on January 17-21. "Go back to the culture of the origins. Take charge of your roots, because from the roots comes the strength that makes you grow," said a video message by Pope Francis to the young indigenous participants.

On the first day, the program of activities provided a focus on the living memory of the indigent peoples, while the second, on the struggle to maintain harmony with the earth, starting from the richness of cultures and in the light of Pope Francis' encyclical "Laudato Sì". The last day included a reflection on the importance of the active participation of young indigenous peoples in the construction of another possible world and the concluding Eucharist, presided over by Cardinal José Luis Lacunza, bishop of David, Panama.

Each day began with a moment of joy through animation, singing, music and dancing and always closed with cultural events prepared by local groups. In the middle, in addition to reflections and discussions, there was always space for prayer expressed in the different cultural identities, pilgrimages, dynamics, concerts and ecological activities.

"We thought of a pre-Day experience as a 'bridge experience', where young indigenous people could come from their towns and share the good and bad of the societies in which they live," explained one of the organizers.

"Many see us as crazy, for how we dress, for how we talk ... It's not like that. We simply do not have the same opportunities as people in cities," complains an indigenous young woman.

In his video message, Pope Francis showed appreciation for the initiative, which shows "the indigenous face of our Church in the WYD environment" and recalls "our commitment to protect our common home and to collaborate in the construction of another possible world, more egalitarian and more humane."