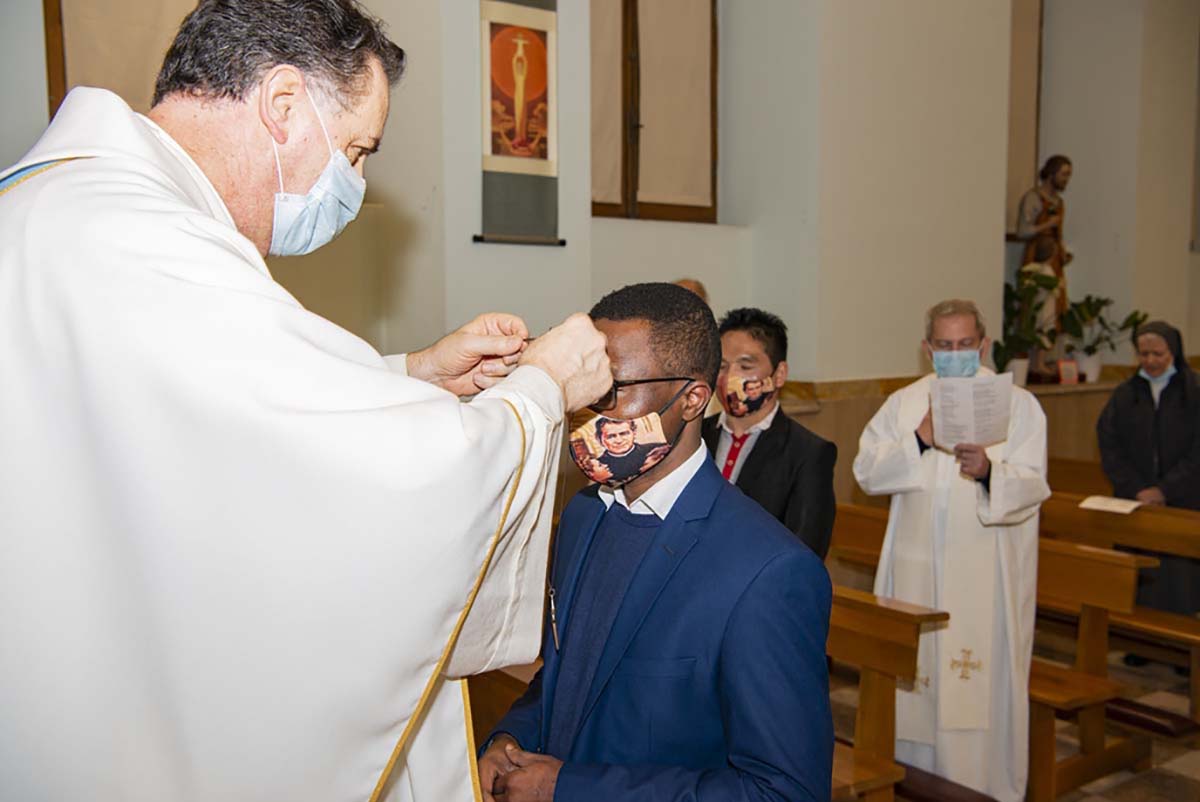 01- Rome, RMG - 1 February 2021 - The Rector Major of the Salesians, Fr Ángel Fernández Artime, presided over the ceremony of "Extraordinary Missionary Sending", blessing and delivering the missionary crosses to two Salesians, representing the 24 who make up the 151st expedition. Also present were the FMA Mother General, Mother Yvonne Reungoat, and the General Councilors for the SDB and FMA Missions, Fr Alfred Maravilla and Sr. Alaide Deretti. Mother Reungoat also delivered the crosses to the 7 FMA of this missionary expedition - and two other missionaries have already left. 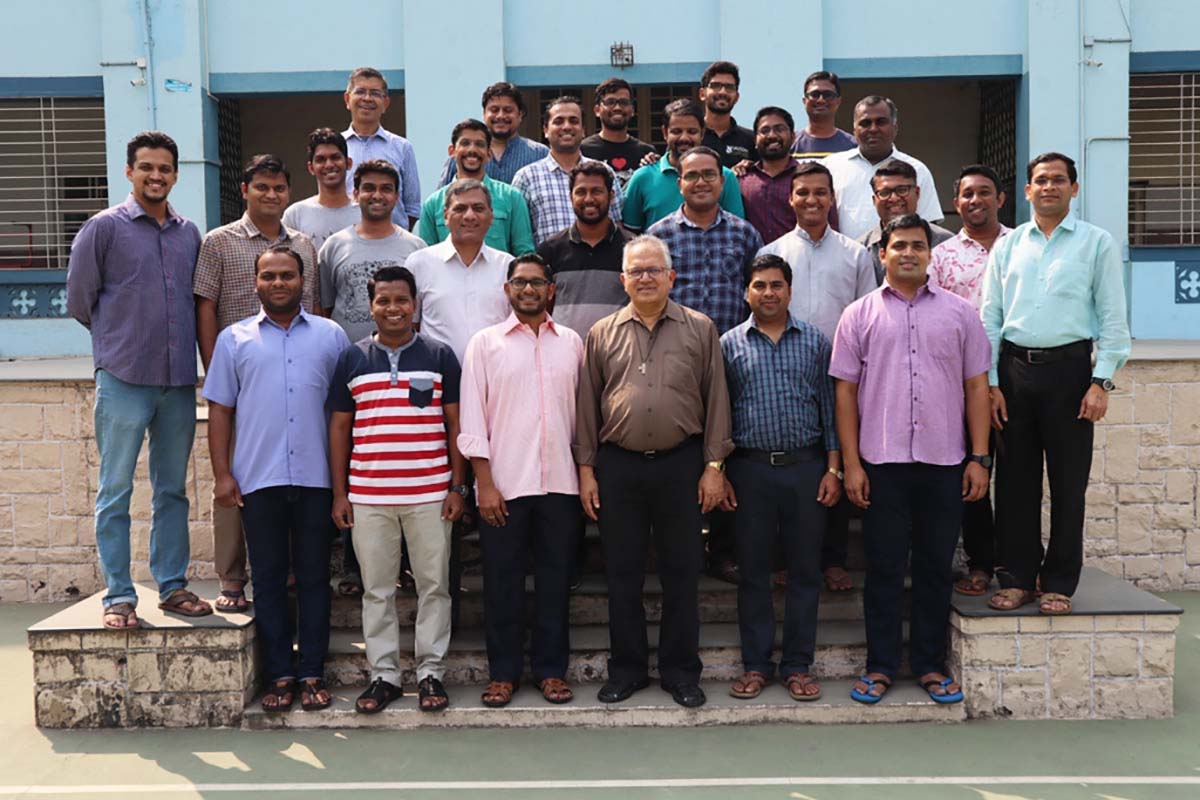 02 - Mumbai, India - February 2021 - From 22 to 25 February, 25 Salesians, priests and brothers, in the five-year phase, of the India-Mumbai (INB) Province, gathered for their annual animation course. On the second day they had the pleasure of talking with the General Councilor for Formation, Fr Ivo Coelho. 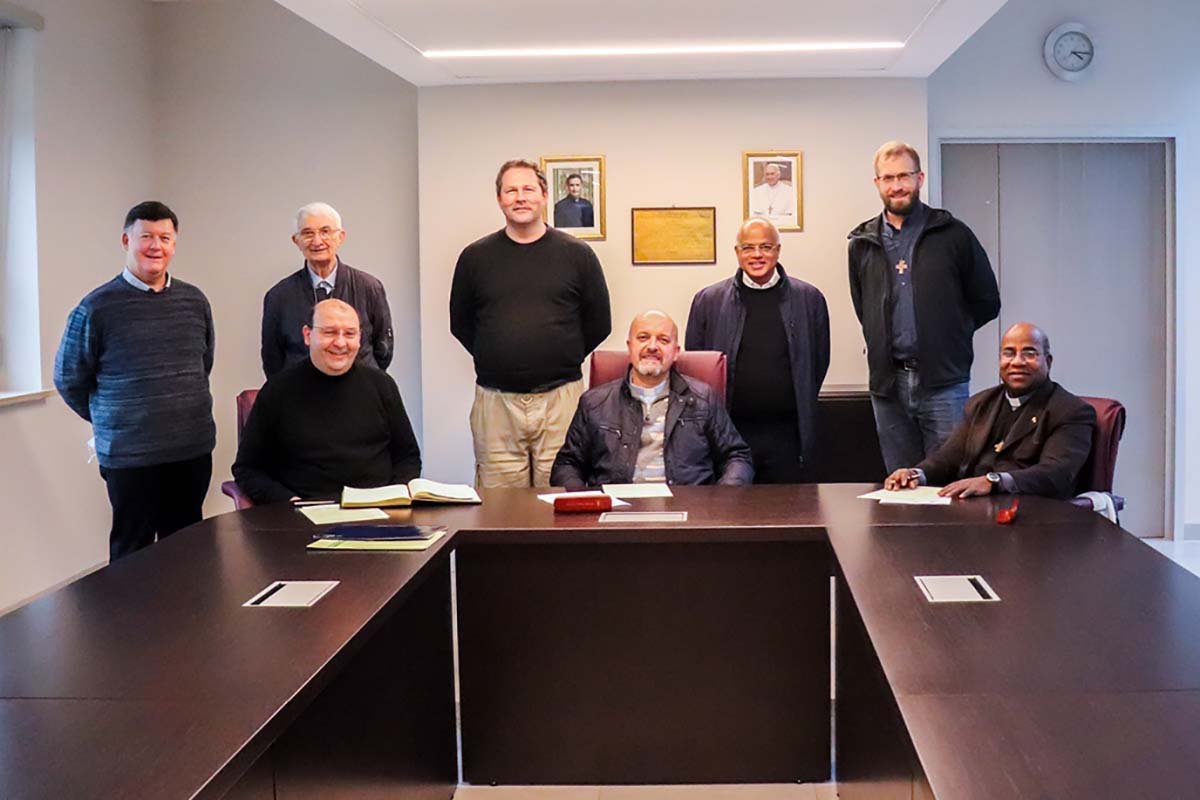 03 - Rome, RMG - February 2021 – Salesian HQ, Vice-Province "Maria Sede della Sapienza", and the Salesian Pontifical University (UPS) signed an agreement to foster the collaboration, already underway at various levels, between the University, the Salesian Historical Institute and Central Salesian Archive. The Protocol of Intent was signed by the Vicar of the Rector Major, Fr Stefano Martoglio, the Superior of the UPS Vice Province, Fr Maria Arokiam Kanaga, and the UPS Rector, Fr Mauro Mantovani. 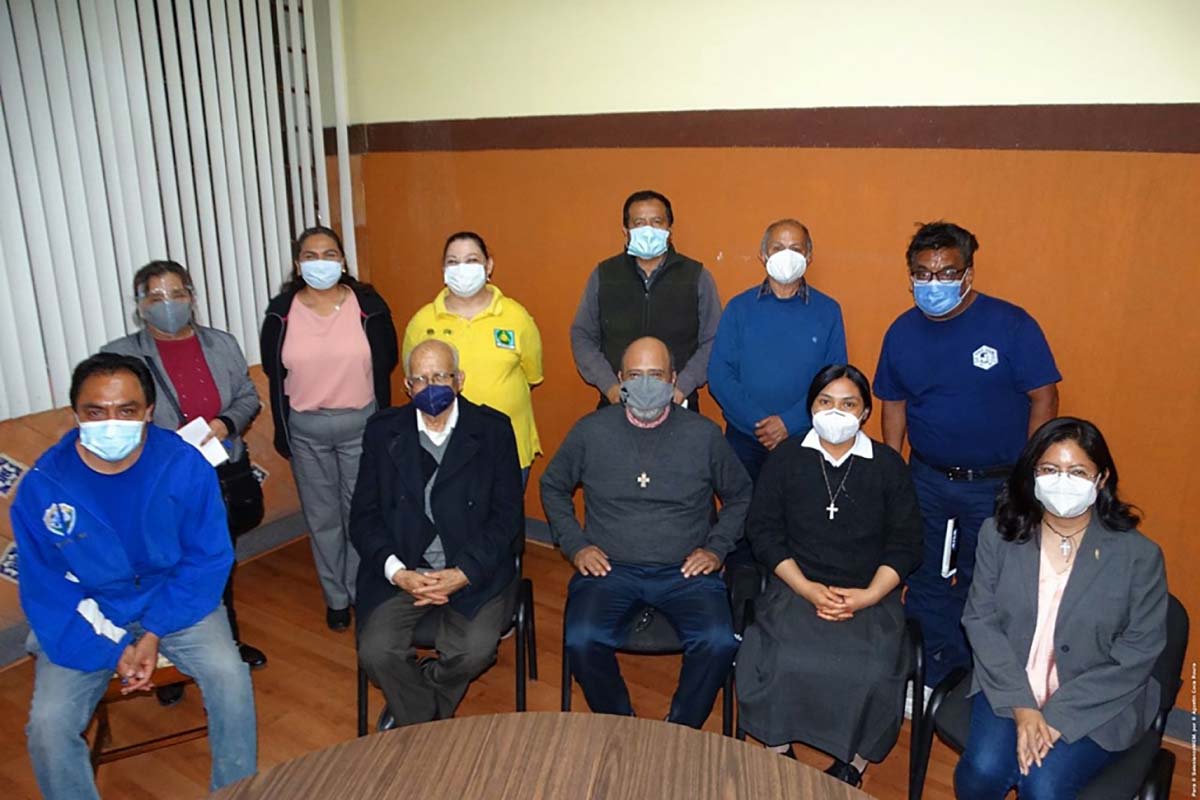 04 - Puebla, Mexico - February 2021 - Fr Hugo Orozco, Councilor for the Interamerica Region, began his Extraordinary Visitation to the Mexico-México Province (MEM) in mid-February. On 27 February he met the representatives of the Salesian Family of Puebla: Salesians, Daughters of Mary Help of Christians, Salesian Cooperators, Past Pupils, Volunteers of Don Bosco and "Damas Salesianas". 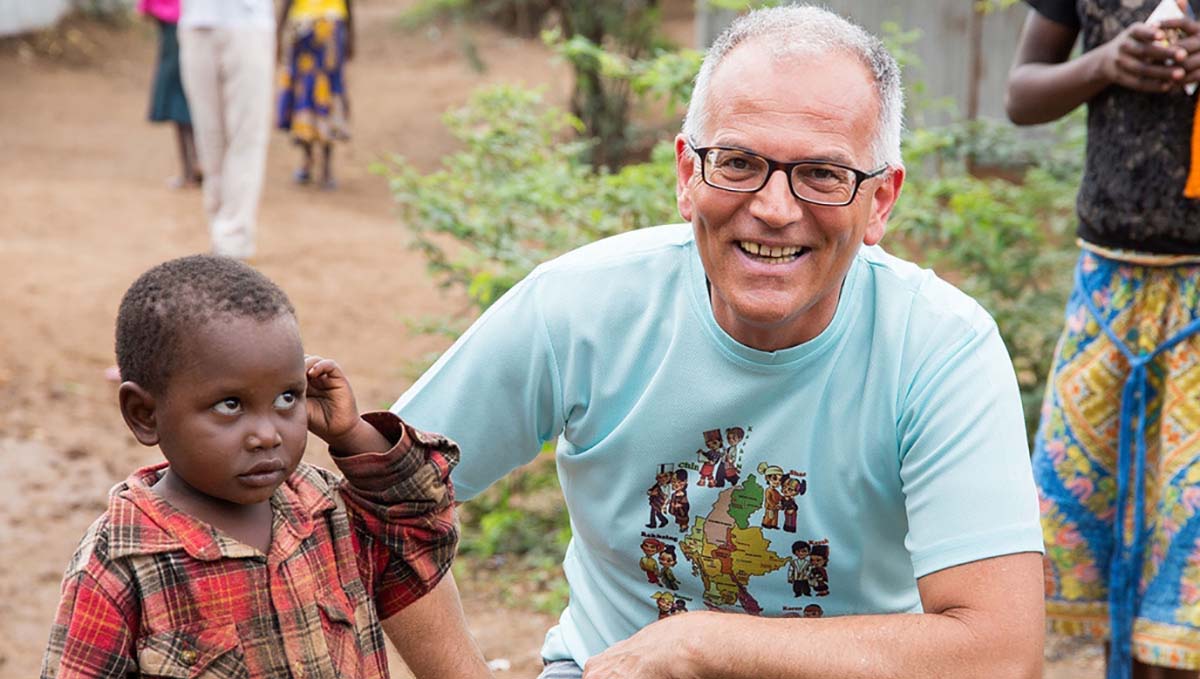 05 - Turin, Italy - February 2021 - The "Missioni Don Bosco" Mission Office has turned 30: three decades spent supporting Salesian works around the world, financing and helping them to grow, enhancing and making known good works carried out for the most disadvantaged people. In the photo the President of "Missioni Don Bosco", Bro. Giampietro Pettenon, SDB. 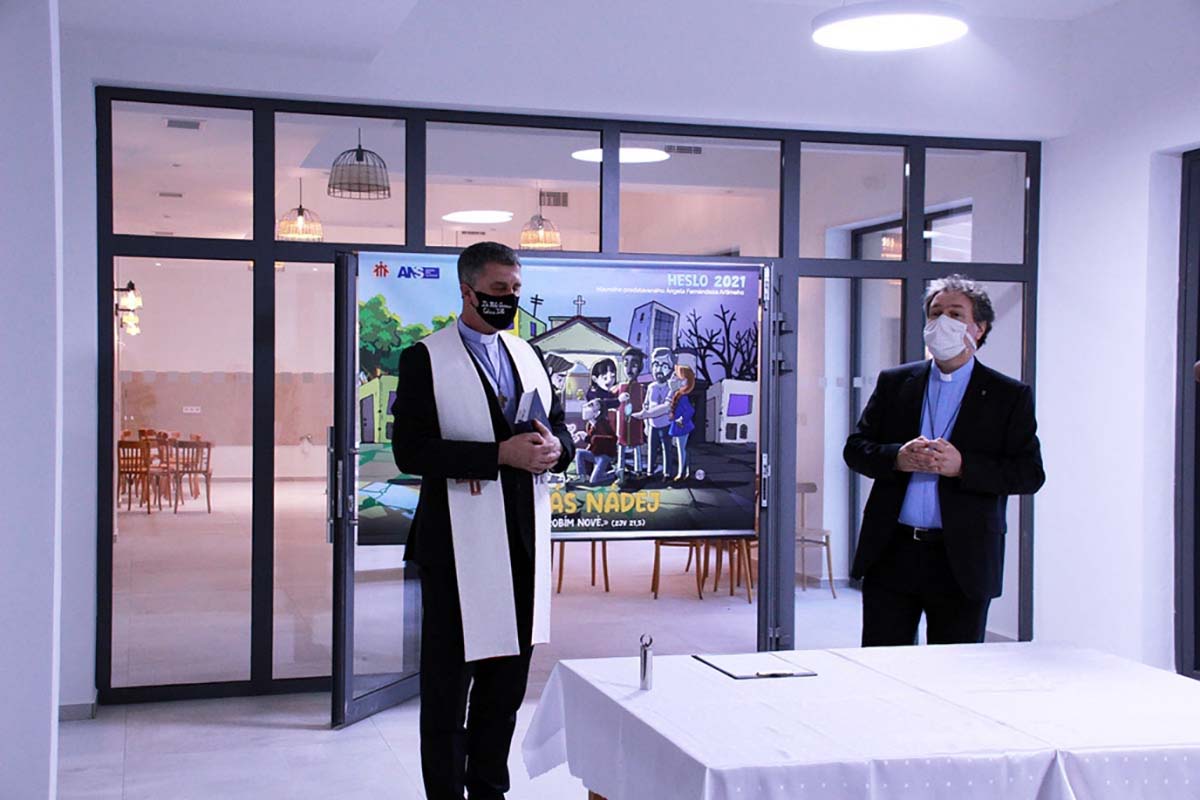 06 - Bratislava, Slovakia - February 2021 - With a ceremony presided over by the Provincial, Fr Peter Timko, the Salesians of the Bratislava-Miletičova house blessed the rooms of their new oratory, with renovated spaces for meetings and games, a tea room, a chapel and a new terrace. The area of the Salesian community was also rebuilt. Photo ©: Barbora-Kullačová 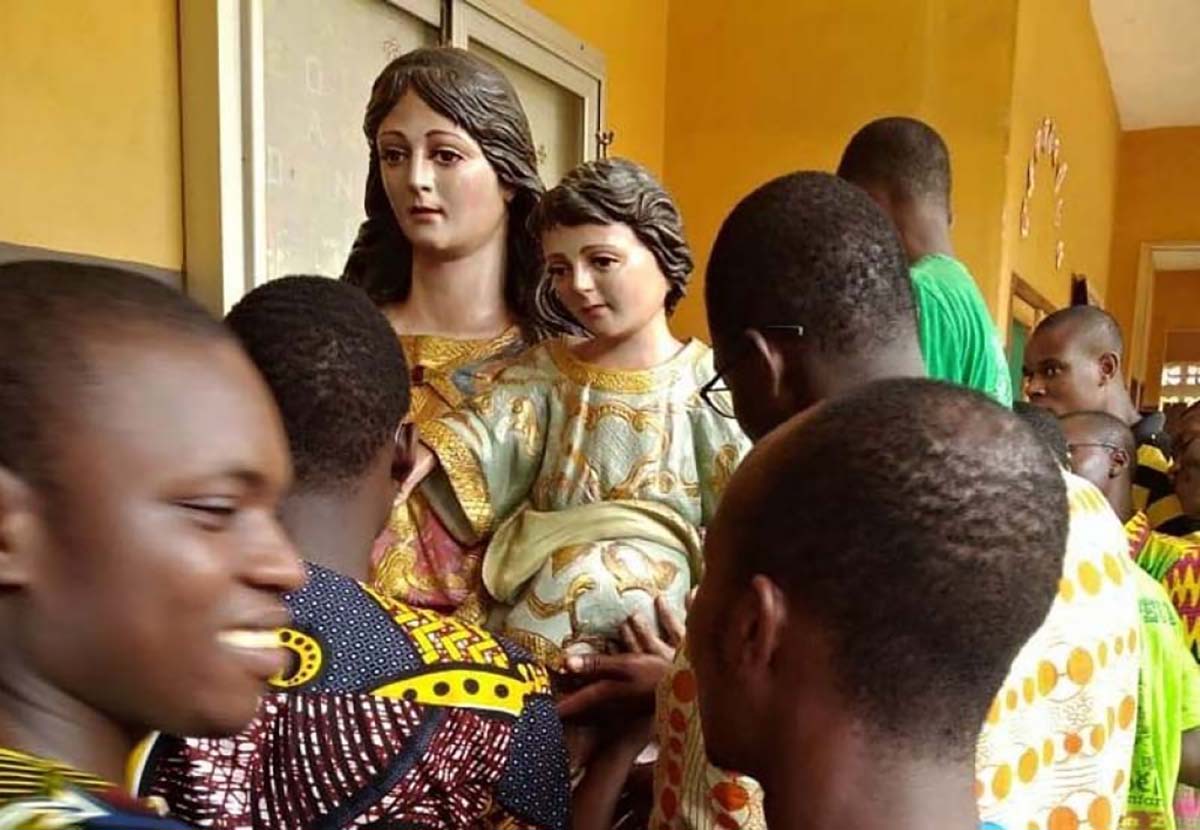 07 - Porto Novo, Benin - February 2021 - On 1 February a statue of Mary Help of Christians from the Salesian house in Córdoba, Spain, arrived in the Salesian community of Porto Novo, Benin. The arrival of this image represents a tribute to the Salesian Fr Antonio César Fernández (Spanish missionary killed in 2019 in Burkina Faso), since it was he, during his last visit to Córdoba, who expressed the desire to have that statue in Porto Novo. 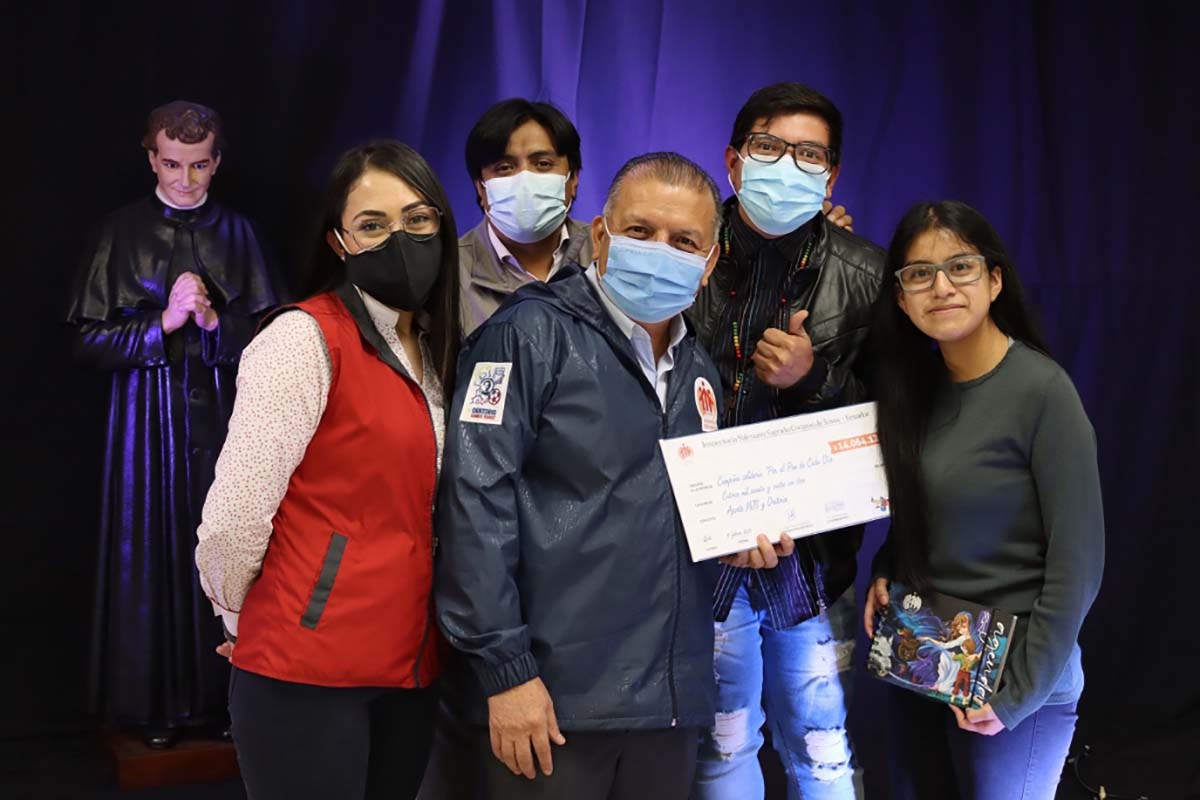 08 – Quito, Ecuador – February 2021 - The young people of the Salesian Youth Movement (SYM) and of the Salesian oratories have undertaken various activities to support the campaign “For Daily Bread”, carried out by the Salesian Mission Office “Misión Don Bosco” in support of families most affected by the pandemic. The young people collected and handed over $ 14,000 to the Provincial of Ecuador, Fr Francisco Sánchez.
Tweet