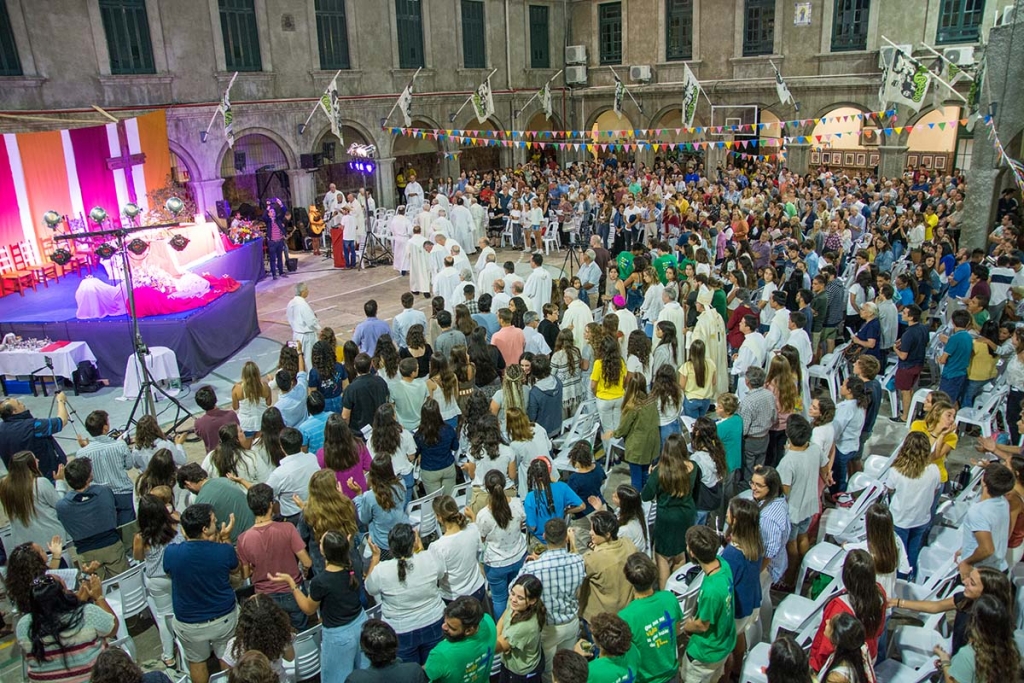 Montevideo, Uruguay - January 2020 - On January 31, the Salesian Family of Uruguay gathered at the "Juan XXIII" Institute to celebrate the feast day of its founder, Don Bosco. Over 1,200 people took part, which started with a typically Salesian event: the animation of the clowns and various games featuring Don Bosco and the Salesian saints. Cardinal Daniel Sturla, SDB, Archbishop of Montevideo, presided over the Eucharist, on the day of his 40th anniversary of religious profession, concelebrated by Msgr. Pablo Jourdan, Auxiliary Bishop of Montevideo, Fr Pedro Silva, Provincial Vicar of URU, and with the homily entrusted to Fr Alfonso Bauer, URU Provincial. During the celebration, three young Salesians renewed their temporary vows and a young one, Sofía Flores, of the Salesian Missionary Volunteer Service, was sent as a missionary to Tijuana, Mexico. The party continued with the dancing and music of young people, with psychedelic lights, fireworks and colored powders.