Italy - Cause for Beatification and Canonization of Mother Rosetta Marchese, FMA, launched 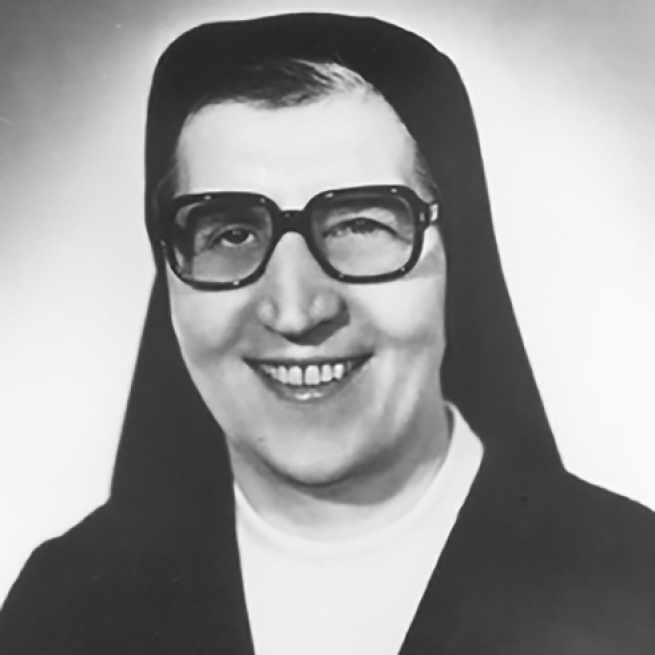 (ANS - Rome) - On 1 July 2019, the Postulator General of the Cause of Saints of the Salesian Congregation, Fr Pierluigi Cameroni, and the General Secretary of the Institute of the Daughters of Mary Help of Christians (FMA), Sr. Piera Cavaglià, delivered to card. Angelo De Donatis, Vicar of His Holiness Pope Francis, through the Diocesan Tribunal of the Vicariate of Rome, the official request (Supplex libellus) to open the Diocesan Inquiry on the life, the heroic virtues, the reputation of holiness and signs of Mother Rosetta Marchese. It is the first important step for the ecclesial recognition of the holiness of Mother Rosetta, FMA, Superior General of the Institute.

In her life as an educator, teacher, assistant, formator, Councilor and Mother General, Mother Rosetta followed a path of conformation to Jesus even to offering her life for the sanctity of the Institute, for priests, for the salvation of youth. Moreover, like Mary, she knew how to make her life a gift of love and spiritual motherhood.

She was born in Aosta on 20 October 1922 in a family with a fervent Christian faith. Even as a young girl she learned about and attended the FMA, and next to them she matured her ideal of consecration to God. After the first religious profession (1941), she received a degree in Literature from the Catholic University "Sacred Heart". From 1947 to 1958 she was a teacher and vicar in the missionary home "Madre Mazzarello" of Turin, where she followed in particular the young sisters who were preparing to leave for the missions. From 1958 to 1974 she carried out tasks of animation and government in Sicily, in Rome, in Lombardy. Everywhere she proved to be attentive to the needs of the local Church and to the signs of the times.

The XVI General Chapter of 1975 elected her Visiting Councilor. The XVII General Chapter, on the first ballot of October 24th 1981, elected her as Superior General. Only eight months after her election, came the first signs of leukemia that will soon reveal its inexorability. In the circular of October 24, 1982, the first anniversary of the election, Mother Rosetta concluded her teaching, wishing all her daughters to let themselves be infected by Don Bosco "of acute nostalgia for the 'beautiful Paradise'." "The destination is one: to arrive in Heaven with all the young people for whom we have given and consumed existence."

On March 8, 1984, in Rome, Mother Rosetta completed her earthly journey.

In this year when the Strenna invites the Salesian Family to holiness, the testimony of Mother Rosetta encourages us to rediscover the vocation to holiness and to strive for it with all our strength.

Now it is everyone's responsibility to make it more and more known, loved, prayed.