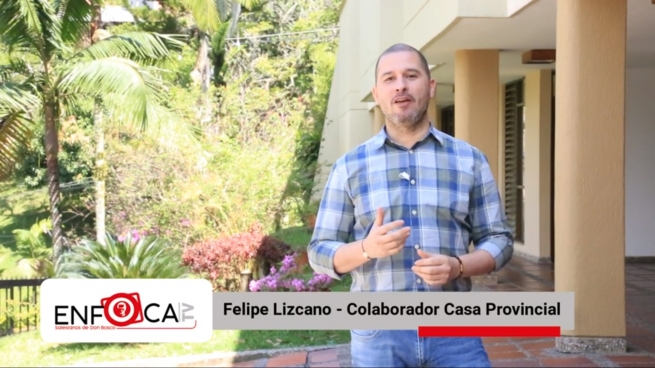 (ANS - Medellín) - Every year, on the occasion of the meeting of the local Communication coordinators of the Salesian centers of the Province of San Luis Beltrán of Medellín - COM, common strategies are proposed to make known the good that is done in all the Province's Salesian works. Thus, in April, it was decided to produce a series of videos entitled "EnfocaTV"; every week the news of and about a different center is presented, each episode lasting a maximum duration of one minute, which is then shared through Whatsapp and the social networks of all the presences.

So far, 12 shows have been made this year, coming from 12 different locations across the country, locations in which Salesian projects, activities and experiences were shared, presented by young students or collaborators.

The idea of ​​the newscast, in addition to informing, is to involve the people involved in the works, stimulate the local coordinators to focus on audiovisuals, train the students and respond to the current trends of the networks, which increasingly require audiovisual products, with good contents, but at the same time that they be short and dynamic.

The San Luis Beltrán Province currently has 19 local Communication coordinators (schools, ETDH, parishes and houses of formation) who, with the support of the Communication Delegation, work in a network and are integrated, not only through the information program "EnfocaTV", but also through the InfoCOM digital magazine and through various training activities such as the annual meeting held in Medellín.

EnfcocaTV broadcasts can be viewed through the Youtube channel of the COM Province.