Toward the celebrations in honor of Mary Help of Christians: the origins of the feast day 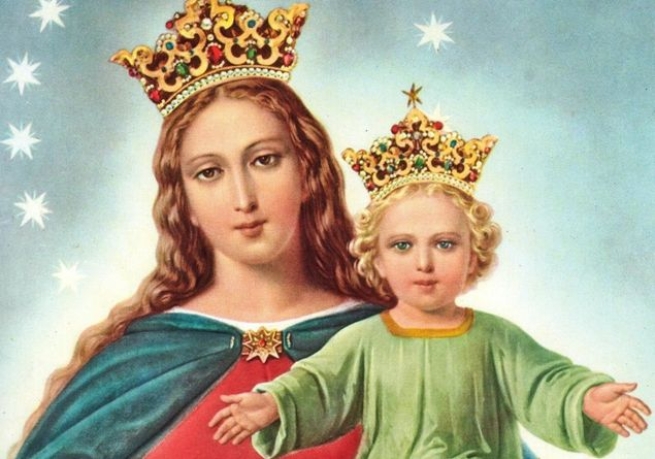 Next May 24 will mark the feast day of Mary Help of Christians, an anniversary particularly awaited by Salesians and members of the Salesian Family around the world.

The invocation Auxilium christianorum, ora pro nobis appears, for the first time, in the version of the Lauretan litanies published in 1576 and approved by Pope Clement VIII in 1601.

This invocation was added by Pope Pius V after the Holy League's victory over the Ottomans at Lepanto on October 7, 1571. It probably represented a variant of the title Advocata christianorum found in the 1524 edition of the Lauretan litanies.

The feast day of Mary Help of Christians was established by Pope Pius VII many years later, on September 15, 1815. It was set for May 24 in memory of his triumphant return to Rome (on May 24, 1814) after his imprisonment under Napoleon at Fontainebleau.

The propagation of devotion to Mary Help of Christians is to be attributed to St. John Bosco, who chose her as the main patroness of the Salesian Family and its works.