Pakistan - "With these sparks of hope, the mission and future of Pakistan are bright": interview with Fr Gabriel Cruz 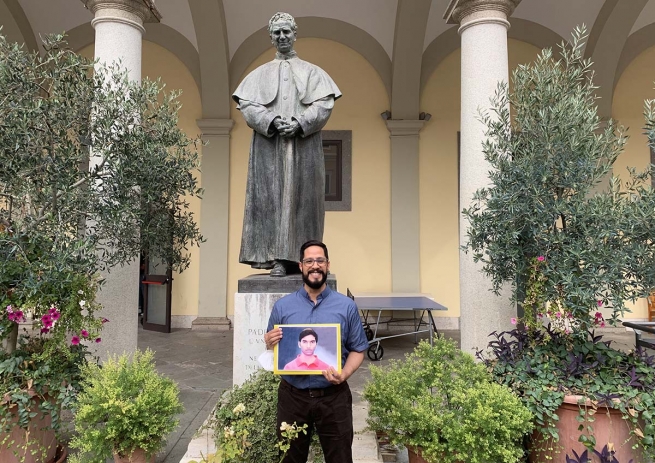 (ANS - Lahore) - The Salesian Fr Gabriel Cruz is the Provincial Delegate of Pakistan, a Delegation that belongs to the Southern Philippine Province (FIS). The Salesian house was founded in 1999, but was erected as a Delegation only in 2015. There are two houses: one on the border with Afghanistan, in the city of Quetta, and another on the border with India, in the city of Lahore. Fr Cruz tells ANS about his experience in Pakistan, about his contact with a cheerful culture and with many young people who appreciate the commitment of the Salesian missionaries.

Can you give us an overview of ​​the number of confreres, houses, and the activities that are carried out in Pakistan?

Currently in Pakistan we are only four Salesians. We also have another lay brother from Vietnam, currently in the Philippines for studies and the renewal of his visa. We also have a few confreres in formation: three aspirants, four pre-novices, a novice, two practical trainees, and a brother in theology. The mission is very vast. We have elementary schools, a technical school, an evening study center, workshops for women, an oratory, boarding schools for boys and girls, an aspirantate. Moreover, we also support the parish and the diocesan seminary.

What gave you the desire to go as a missionary to Pakistan? Are you happy about your choice?

I am definitely happy to live and work as a Salesian in Pakistan. Actually, it was not a personal choice; I can rather say that Pakistan chose me. After several years of requests made to the Rector Major for the opportunity to be a missionary ad gentes, he proposed to me directly to go and work in Pakistan. I gladly accepted this mission and definitely have no regrets.

We have heard about the young martyr Akash Bashir. Can you tell us briefly what took place?

Akash Bashir was one of our alumni at Don Bosco High School Institute in Lahore. He was part of a group of young volunteers in a parish in Youhanabad, Lahore. The youngsters of this group were rendering their service at the entrance of the church as security guards during the Eucharistic celebrations. It so happened that on 15 March 2015, an Easter Sunday, Akash was guarding at the entrance of the church. He noticed a man wrapped up with explosives on his body, with the intent to sacrifice himself inside the church where dozens of families were participating in the Holy Eucharist. Akash Bashir tried to stop the man. He embraced him tightly and died on the spot: he was just 20 years old. Nevertheless, on that day he saved hundreds of lives from a heinous massacre.

What do the friends, family members and people say of Akash Bashir in Pakistan?

The whole family, the other faithful who were present on the day of the explosion, the entire Christian community of Youhanabad and even Christians of other denominations in Pakistan are grateful to God for the life and testimony of faith of Akash Bashir. Since his death, many people were strengthened in their faith and prayer life. Likewise, many young people have joined various service groups in the other parishes as well.

How do you see the future of the Salesian Congregation in Pakistan?

The real secret of our charismatic presence and the survival of the ongoing mission has been the collaboration with the laity in our presences. We have a large group of Salesian alumni and we have already begun a group of aspirants for the association of the Salesian Cooperators. Soon we will be initiating the ADMA group as well. Every year, we also have a good number of youngsters who are willing to join the Salesian society. With these sparks of hope, the mission and the future of Pakistan looks bright.

What are the characteristics that you like most or admire in Pakistani culture?

Pakistan is a Muslim country. So, the culture in general is Muslim, centered on islamic practices. Another important aspect in Pakistani culture is the family, which embraces also extended family. It is a cheerful culture and therefore Pakistanis like to sing, dance, spend leisure time with their friends and hang around with their peer group members.

Do young people like our mission and the charism of Don Bosco?

Long before us, other religious congregations had already been established in Pakistan. Dominicans, Franciscans, Oblates of Mary Immaculate have been working with Christians long before the establishment as a nation, when it gained independence from the British rule in 1947. Even though we are a very young Congregation in Pakistan with few Salesians and two communities, our educational service has made a great impact on the Christians and Muslims of the country. Young people are attracted to our services and, of course, they like our Salesian charism. The alumni association works on various projects to help the Christian communities in the educational and pastoral fields.