Rome, Italy - June 2021 - Nine Salesians of the International Studentate of Theology of the ...

Uganda – With Refugees… Towards An Ever Wider “We”

(ANS - Modica) - The Hospital of Modica, Province of Ragusa, Sicily, shall be dedicated to the ...

India – The “Training and Faith Formation of Catechists” project

(ANS – Guwahati) – Salesians in India were able to train 125 catechists with a year-long program thanks to funding Salesian Missions, the U.S. development arm of the Salesians of Don Bosco, received through the Koch Foundation. The “Training and Faith Formation of Catechists” project prepared catechists to work in Roman Catholic parishes throughout the Salesian Guwahati Province, headquartered in Assam, India. 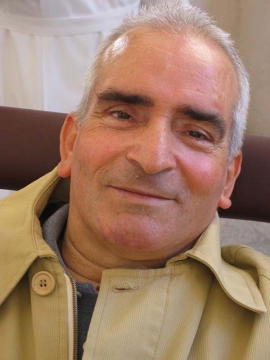 (ANS - Modica) - The Hospital of Modica, Province of Ragusa, Sicily, shall be dedicated to the Servant of God Nino Baglieri (1951-2007), Volunteer with Don Bosco (CFB). The news was given by the town's mayor, Ignazio Abbate, on 17 June: "The hospital of Modica will become 'Ospedale Maggiore Nino Baglieri'. Having received the availability of the Curia and the Direzione General Asp, there are no more obstacles to dedicating the health facility to our beloved Nino. A fair recognition for the example that Nino Baglieri has left throughout his life." 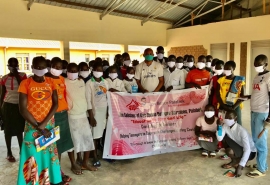 Uganda – With Refugees… Towards An Ever Wider “We”

(ANS – Palabek) – Yesterday, Sunday 20 June, World Refugee Day was celebrated. The Salesians are strongly committed to the care of many young people and communities forced to abandon their homes and the Sector for the Missions intends to foster greater sensitivity on the subject in the Congregation for ever more incisive and effective work. For this reason, today we share a broad synthesis of the reflection of Fr Lazar Arasu, an Indian Salesian, in charge of the community of Palabek, in Uganda.